Here is a transmog outfit Anou had been trying to pull together for quite some time. The dress is one of her two favorites, and she'd been yearning to make an outfit around it. The problem was that the dratted feathered shoulders were simply not dropping. (They finally did one night, when Mr. GM pushed her grumbling self into Zul'Aman to try for them, with her whining about the fact they would never drop... Oh, the irony.) 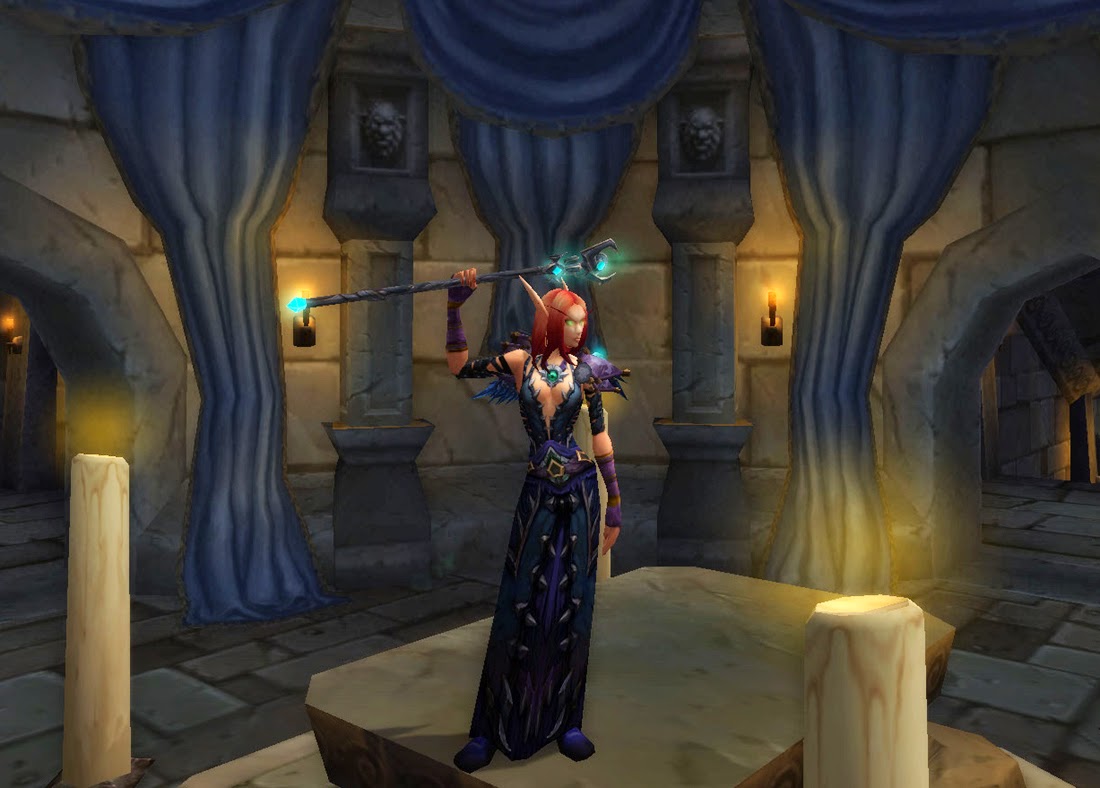 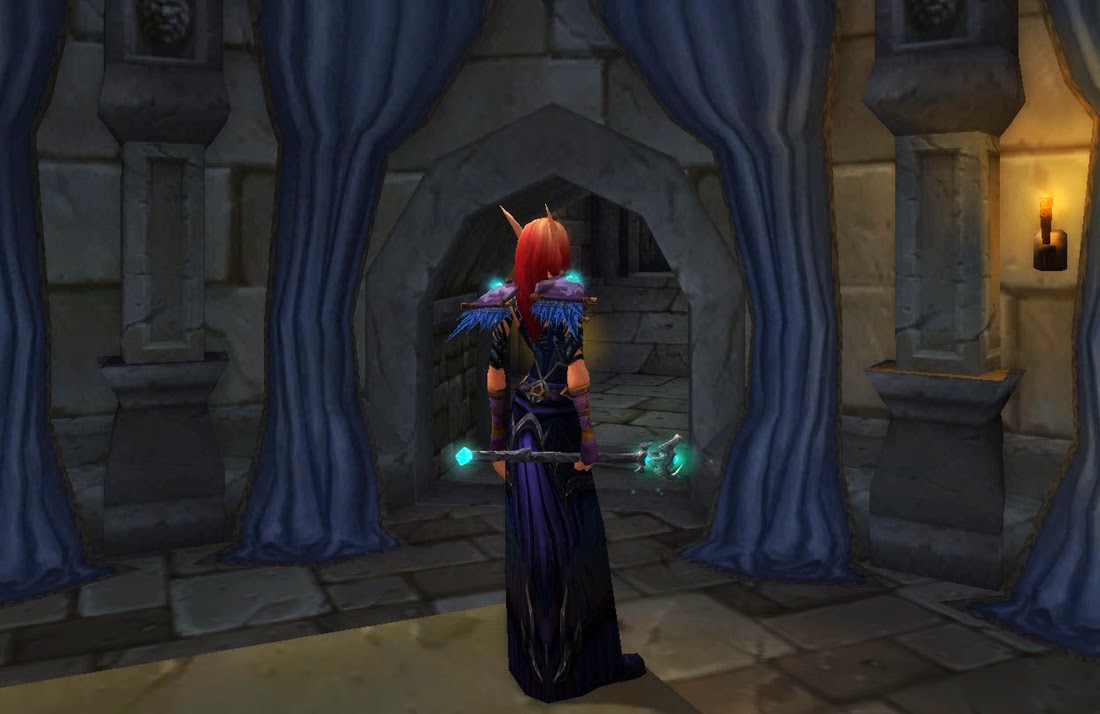 The shoulders and staff have the same kind of blue-ish glow to them, and if you're interested to replicate that glow somewhere else, I recommend Slippers of Moving Waters which are available for Justice Points. The staff was just one Anou happened to have on hand at the time of transmog, but Brutal Gladiator's Staff looks pretty darn awesome, and also has feathers, thus tying itself in with the shoulders too.

If you're looking to match a mount or pet, I haven't gone through them all purposefully, but I like Corrupted Fire Hawk and Hearthsteed as mounts, and Dark Phoenix Hatchling. 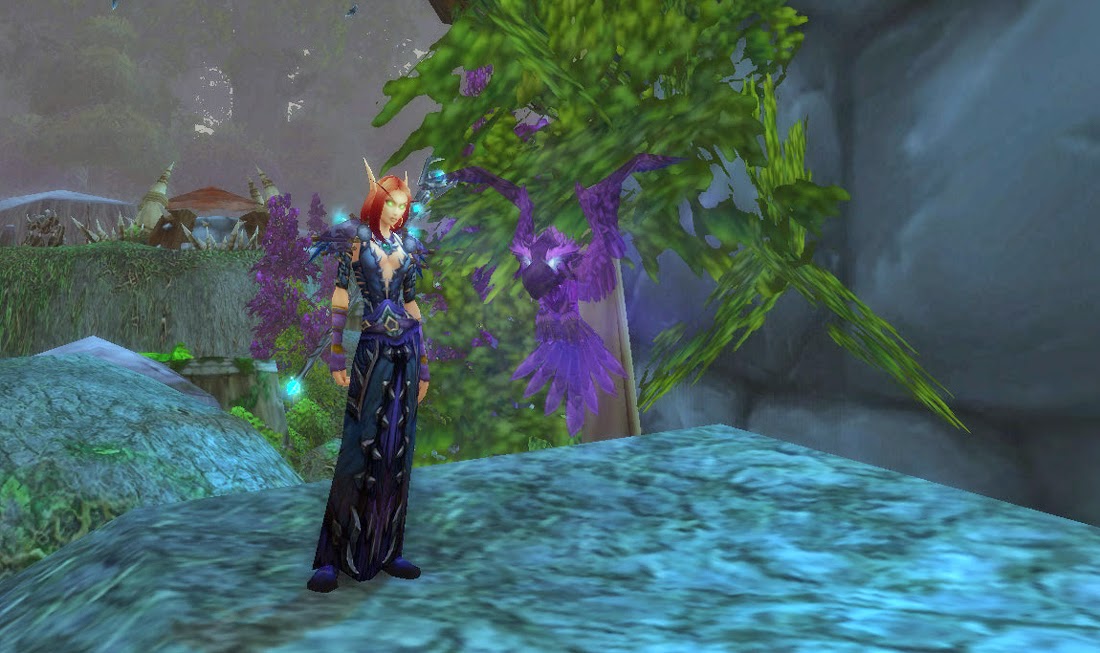 Now, in my opinion, if you happened to be a Troll Warlock, this outfit would look particularly fetching and racially-fitting due tot he feathers and stuff... 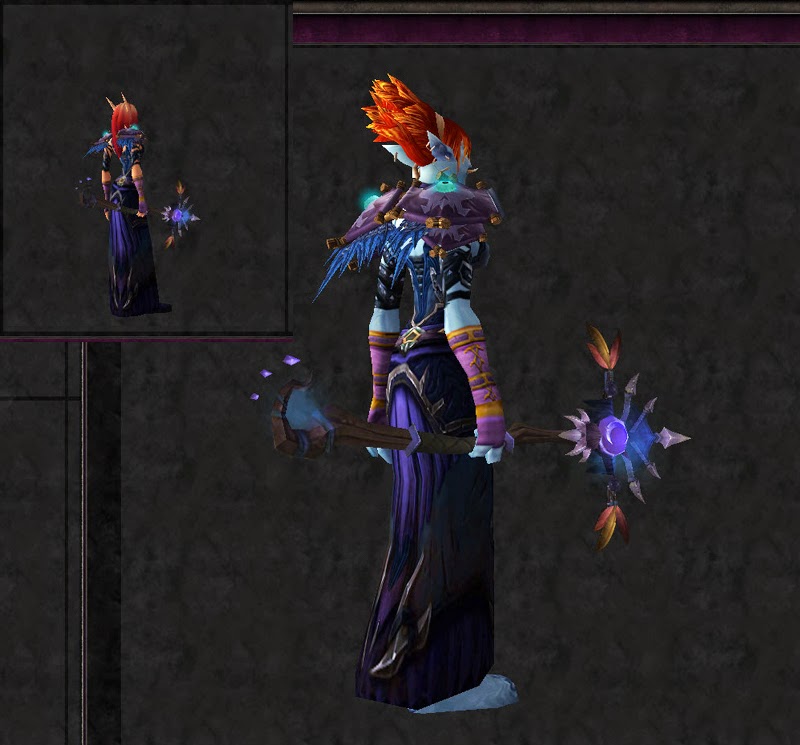 Email ThisBlogThis!Share to TwitterShare to FacebookShare to Pinterest
Labels: Transmogrified